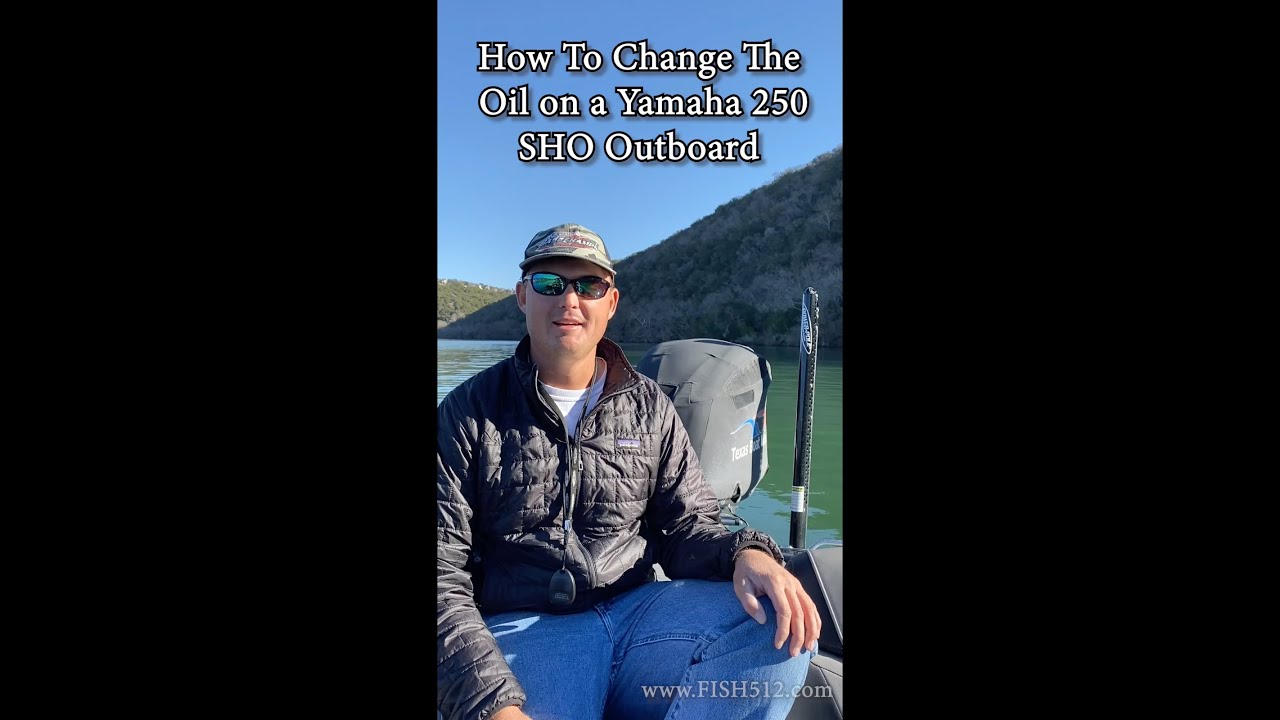 How to Change the Oil on a Yamaha Outboard by Yourself

Breakdown of What I Look For in a Fishing Spot During the Winter- Lake Travis, Austin, TX

I get asked fairly often when guiding if I have ever had clients I did not enjoy fishing with. Honestly 99% of the time I enjoy fishing with the people that book guided trips with me. Most people who choose to spend a couple hundred dollars to go fishing are like minded, enjoy fishing, enjoy nature, want to learn and are happy to be out on the water. I'm a people person and one of my favorite parts about guiding is all the interesting people I meet... except for one client in particular last Saturday... let's call him "Client #1"

Last Saturday I had two clients booked for a morning half day trip on Lake Travis. While the vast majority of my clients practice catch and release, every once and a while I get folks who want to keep their catch. If you know me, you know I have zero problem with this! With that said, my policy is that any trophy fish over 4 pounds gets released. It is in writing on my website. Fish that size are a prized catch and should be released to produce more offspring in the future, and for other anglers to enjoy catching. Keep those little 14-16" bass and not the big ones!

We started our trip by running a good ways up river to an area I have been consistently catching them. I started out by instructing my clients how to cast and work the bait. They were getting the hang of it but we were struggling a bit... LOTS of snags, lots of casting into the rock, lots of catching cables, and lots of not working the bait slow enough to get it to the bottom. The reason I mention this is because the morning started off a little slow. You know the saying "you can lead a horse to water, but you can't make them drink?" I was confident we were in the right area and had the right baits since we were getting some bites, but working the bait correctly and being quick on the hookset is key.

We managed to catch a few fish and put a couple in the boat. The one client wanted to keep fish to eat and we caught a decent keeper sized bass as well as some Guadalupe bass which don't have a size limit. Despite the struggles I was trying my best to get some fish in the boat. I moved us several times and eventually moved to an area where they were biting well... we started catching fish but caught about three in a row that were under the legal limit.

Here is where it get's good...

Client #1 catches a fish and its fighting good, it pulled a little drag and he was excited. I netted the fish and bumped it on my measuring board. The fish measured 13.5 inches... not a line burner, not one of those fish that's super close... this one was a solid half inch under sized. I told my client it was short and it needed to be thrown back. This is when he got confrontational and said "I don't care, I'm keeping that one". I told him no, the legal limit is 14 inches and that this fish was short... I measured it right in front of him. He said "I'll pay the ticket, I don't care". I explained very bluntly that under no circumstance will I keep an illegal undersized fish and that I will not jeopardize my guide license by doing so... I tossed the fish back in the lake. He was grumpy but went back to fishing.

We proceeded to catch a few more fish including some keepers, which I put in the livewell to take home. About a half hour later Client #1 catches a 5 pounder! Yep, 5.10 on the digital scale... if you fish Lake Travis you know a fish this size is a somewhat rare catch and one to be proud of. It's not often you catch a 5 pounder!

I congratulate Client #1 and am excited for him. We take several fish pictures and get the angles and the lighting right that way he has a memorable picture of it. I then tell him I am going to release the fish.

He then gets confrontational and says "I ain't paying you no $300 something bucks if I can't keep the fish I catch". I explain to him the importance of releasing trophy bass and the impact they have on the fishery. He gets even more angry and says he doesn't give a shit and that if that fish is legal to keep, its his and he's going to kill it and take it home to eat.

I put the fish in the livewell, but honestly I had no intentions of letting him kill it. My plan was to catch more "eater" sized bass and let that one go.

I even stayed out an extra hour with these guys trying to put more fish in the boat. What started out as a slow trip turned into a great trip by anyone's standards. We caught plenty of fish as well as a few more nice sized ones. Sure enough, we get close to a two man limit on 14-17" fish... more than enough for Client #1. They even exclaim that's more fish than they can eat and that they'll have to find friends to give it to.

Finally Client #2 helps me to convince Client #1 that we should release the big fish. We take a couple more photos with it, plus another decent sized one Client #2 had just caught. I tell him to drop the big fish in the lake and he still puts it back in the livewell. At this point I've had it and I just go grab the fish myself and release it in the lake.

On a side note: on the idle back into the ramp Client #1 asks if I know anywhere that will fillet up the fish for him... clearly dropping a hint that I should fillet them. (It also clearly states on my website I don't offer fish filleting services. With that said, I'm good at it and will almost always fillet fish if asked. But that's also because 99% of my clients are polite and don't demand I keep undersized fish) I simply replied no. haha I don't think he expected that.

Now mind you, this whole time I am trying to put on a smiling face, act polite, and act excited whenever they caught fish. Client #2 was chill and I would be happy to fish with him again. Client #1 on the other hand is not welcome back in my boat.

Now it gets even better.

We get back to the ramp, I unload the fish we had caught into Client #1's cooler, and we get ready to part ways. At this point we settle up and Client #1 pays with a credit card. He swipes his card, fills out the payment information, adds a tip, signs the screen, and sends himself a receipt. I shake their hands and wish them a happy Memorial Day weekend... after I had gotten in my truck I checked to make sure the payment went through. This is when I found out Client #1 left me a $0.25 tip. Yep, you read that right, he tipped me 25 cents.

While I never expect a tip, a 25 cent tip is downright rude.

I wish him the best of luck, but I hope no other fishing guides in this area every have to deal with him in their boat!

I don't mean to get up on my soapbox and rant. If you like keeping bass, more power to you, even if they are big ones! While its my policy to let the big fish go, I respect your right to keep whatever you want... within the confines of the law. What rubbed me the wrong way was someone getting mad at me for not letting them break the law. This puts me in an unnecessarily awkward position. I have no sympathy for poacher and have called the Game Warden before on people I see poaching. I make my living off this fishery and have the utmost respect for it. (By the way you can report poaching by calling (800) 792-GAME)

I wish you all a happy Memorial Day and hope you had a great time with your friends and family!